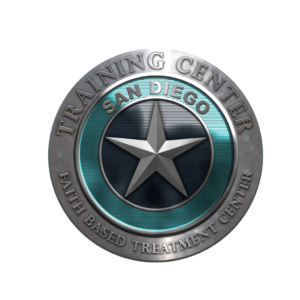 DENNIS MARTINEZ and THE TRAINING CENTER

Dennis Martinez achieved his dream of winning the top honor in skateboarding at age seventeen, the World Championships. By the age of eighteen, cocaine had taken over his life and his skateboarding career was put in the balance. Within a year, one of the sport’s most promising talents had graduated to methamphetamine, a heart stopping substance that he would shoot into every available vein for the next sixteen years. Dennis exchanged his life of luxury cars and money for a life of crime, drug addiction and homelessness. Robbing people at gunpoint and dealing drugs for America’s biggest gangs, he remained penniless, using every cent to feed his insatiable habit.
BUT, one right decision changed his life forever.
Below is an excerpt from an article in “Risen Magazine” written by Chris Ahrens.
RM: “So, how can you win?
DM: How did I win? One right decision changed my life forever. I had sold my World Championship cup for $500 worth of dope. It’s priceless, but when I began to see that I was special and valuable, not because I said it or someone else said it, but because God said I was valuable . . . I realized that my life was worth more than any amount of money and that God gave His only begotten Son to pay a debt that He didn’t owe, because I owed a debt that I couldn’t pay. When I found that out and began to realize what my life was worth, that I was precious, one of a kind, nobody had my fingerprints, my DNA . . . When somebody began to speak to me and I began to see what life was really about and how perfect and special life is . . . You are special, but when you turn your life over to a substance, when you turn your life over to Satan, for money, for fame . . . you’ve lost value. Your life is worth dying for, and you have life because of Christ. Without Him you have no life. I lived for thirty-six years without Him, and I had nothing. My World Championship, my U.S. Championship, money, fame, glory . . . none of it means anything to me. What means something to me are God’s children, God’s people. “  In 2005, Dennis Martinez and his team opened The Training Center in San Diego, CA. It is a California State licensed facility that is recognized nationwide as a highly effective drug and alcohol treatment center for men transitioning back into society. It meets all state and federal requirements for mandated rehabilitation parolee’s as well as the individuals coming from the street.
The Training Center is a Christian based drug and alcohol recovery program. The program is a six month program and consists of four phases of intensive treatment with two additional phases of aftercare.

The Training Center has seen hundreds of the most un-wanted men of society, gang leaders and their followers, come to the center to seek help and reclaim their lives.  Since its inception, it was understood that these men, once negative but highly influential role models, could be instrumental in the lives of at-risk youth, who are dangerously vulnerable to drug abuse, gangs, and criminal activity.
The team from The Training Center, along with graduates from the program, facilitate outreach in the community in the form of Prison Outreach, Youth Diversion Programs, School Assemblies and Public Speaking engagements.
For more information:
http://www.sdtrainingcenter.org
Facebook: Dennis K Martinez
Instagram: Dmartinez1904